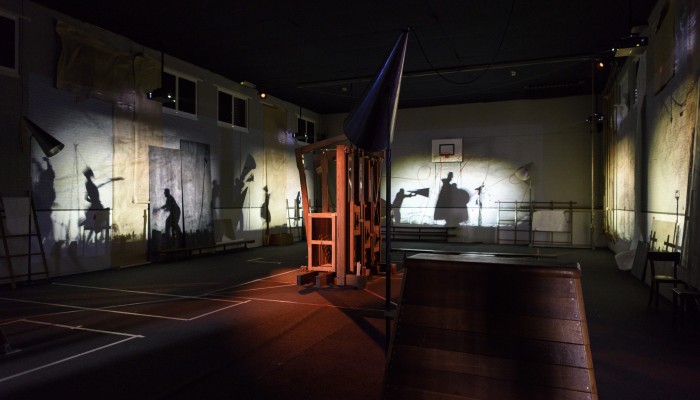 ‘The Refusal of Time’ is the masterpiece by William Kentridge about the invention and standardization of time. The ultimate attempt to take control of life and parallel everyone’s existence is undermined. Not only by people but by time itself. Relativity, black holes and string theory take over. Visions of total synchronization are forced to modesty.

The Breathing Machine in the middle of the space refers to the system of pipes full of compressed air under the streets of 19th century Paris, which remotely powered the clocks everywere. The Refusal of Time represents not only the resistance to control by time, but is a denouncement of any form of control.

William Kentridge made this epic installation for dOCUMENTA 12 in Kassel. The anarchic music of a small bladder and percussion orchestra supports animations on institutionalisation of the time in Paris at the end of the 19th century.

The presentation of The Refusal of Time is made possible by:

The Refusal of Time

“Time itself had to give up—just as perfect time was thought to be possible, it was proven to be impossible.”