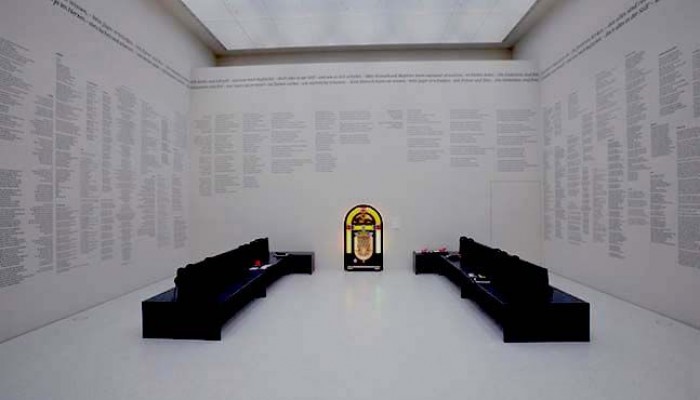 This text is the first verse of “Die Gedanken sind frei”, an early 18th century German folk song about the freedom of thought. It became a protest song in the 19th and 20th centuries against repression and censorship. Susan Hiller collected more than a hundred such songs, all of them about freedom and the longing for peace and justice. The songs, from many cultures, are brought together in a jukebox. The song texts can be read on the wall behind the jukebox. Visitors to HACKING HABITAT can select from the songs. In this way Hiller enables visitors to become aware of their own personal experiences and memories.

Hiller finds her inspiration in postcards, dreams, horror films and archives. She collects, categorizes and presents these objects, turning them into works of art that provide access to topics having to do with memory, identity, the ways in which meaning is assigned, the supernatural and the mystical.