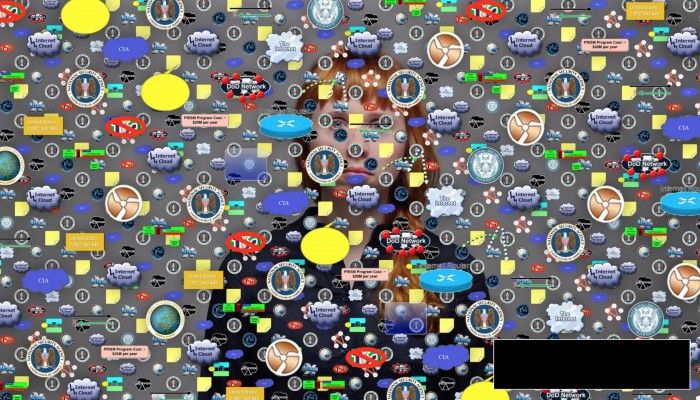 Home, the video Metahaven made for Holly Herndon’s song with the same name, portrays the uneasy relationship between the singer and her laptop. Since the revelations of NSA’s eavesdropping practices she no longer trusts her beloved device. How could she have been so naive as to entrust everything to her laptop? Has everything she did on it suddenly become a public performance?

In Home, Herndon directs herself to the prying eyes of the eavesdropper. A deluge of NSA symbols fills the screen: codes, icons and graphics from a world not intended for our eyes, but having a certain aesthetic. Images of Herndon standing and singing to the camera, interspersed with shots that give the impression that she is being watched by a stranger, as if she is under surveillance. A painful gap between vulnerability and control.

“You can see our work as a form of resistance, as creating a counter-force using imagery.”

Metahaven is an interdisciplinary design studio founded by Vinca Kruk and Daniel van der Velden. This collective makes designs with a social purpose and came in the news with their cooperating with WikiLeaks.