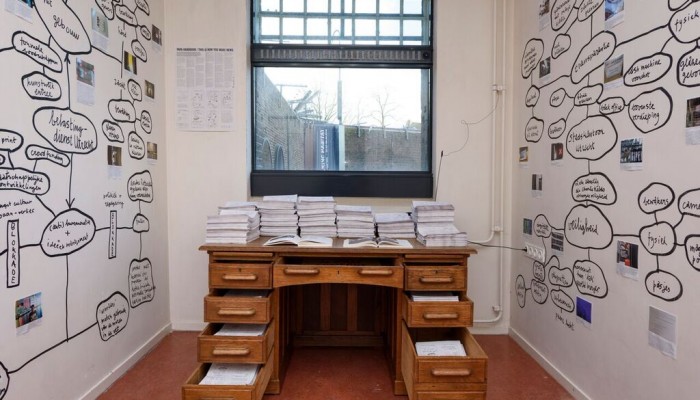 PAPA (Participating Artists Press Agency) is an international network of local photographers that map the world by sharing subjective observations. PAPA helps people create their own news by collecting images with their cameras.

During HACKING HABITAT’s Lifehack Marathons, PAPA did a series of photo walks linked to four themes. For ‘invisibility’, PAPA captured the Utrecht streets as seen through the eyes of vendors who sell the homeless newspaper Straatnieuws. The ‘guilt’ theme was given meaning by visiting the Tax Office and the Food Bank. ‘(Non) freedom of movement were illustrated through City Hall and a legal consultancy firm. The National Ombudsman was investigated in connection with ‘bureaucracy’.

For the HACKING HABITAT exhibition, Hellings activates a special newsroom with pictures, objects and updates from all the participating photographers. Why did their eye fell on that particular detail? How differently can we all see the very same thing?