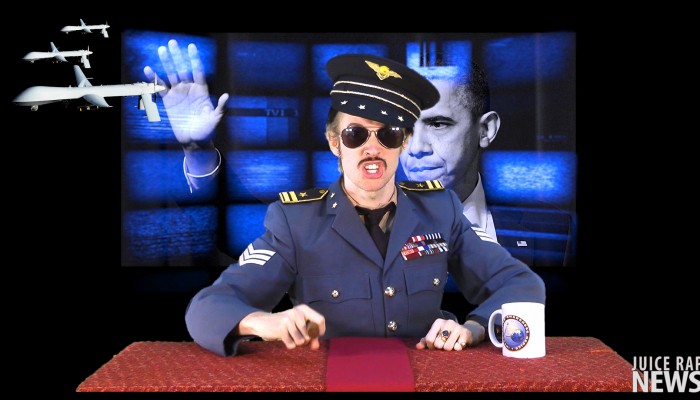 Climate change, the Palestinian question, police violence, Barack Obama, WikiLeaks, the refugee crisis; nothing is passed over. The future of the Internet is also an important theme – the Internet that increasingly threatens to fall into the hands of the established order, Internet as a tool to exercise global surveillance, Internet as a motor for corporations solely driven by profit-motives. It’s up to us citizens to revolt against the NSA’s and the Mark Zuckerberg’s of this world, says Juice Rap News. It’s up to us to reclaim the Internet.

Fate of the internet, Big Brother is wwwatching you & Whistleblower

“Wake up, Internet: we’re building our own prison, and being interned in it.”