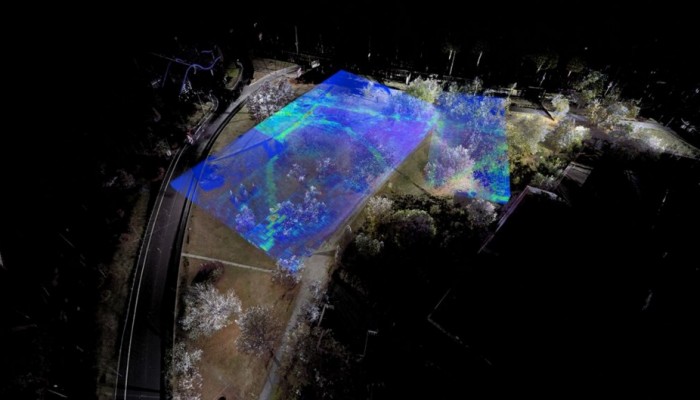 Forensic Architecture uses state-of-the-art data technology to detect environmental and war crimes. The architecture, or the crime scene, is an important witness to the violence. Drawing from the “memory of the space” events can be reconstructed in a truthful way. The proof that arises is useful in lawsuits against corporate, political and military systems.

Forensic Architecture also researched the architecture of Jewish settlements in the occupied Palestinian territories. The spatial arrangement of these enclaves shows that the Israeli government mainly used these settlements to suppress the Palestinians and isolate and frustrate their economic development. All construction works and interventions in the landscape, the houses, the roads, the walls are designed to keep two groups of people apart and to constantly monitor the separation.

Forensic Architecture is made up of artists, architects, activists, theorists and filmmakers. By investigating tracks left in the landscape as well as in the built environment, they deliver proof of global human rights violations.