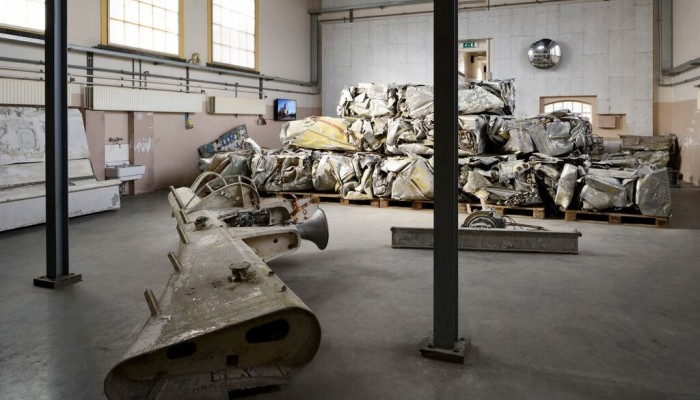 The Azor was built in 1949 as a pleasure boat for the Spanish dictator Franco. He held many meetings there with his political supporters, and the ship became a symbol of his power. After Franco’s death everything was collected and stored that was reminiscent of his fascist regime, with the exception of the Azor. It served as a vacation yacht for the next Spanish prime minister, as a sailing theater and as a tourist attraction, until Sánchez Castillo bought it in 2011. He dismantled the ship and let the presses rework it into forty blocks of scrap. In this way he tore the Azor away from its cruel past, but without erasing that past.

The title Guernica Syndrome refers to the Spanish Civil War, the beginning of the Franco dictatorship. With this work Sánchez Castillo shows that you cannot erase history. Guernica Syndrome is admittedly an attempt at neutralization, but it is also a monument to not forgetting.

Fernando Sánchez Castillo explores the relationship between art and (political) power. He uses images embedded in our collective memory and examines the meaning they may still have in our society today.