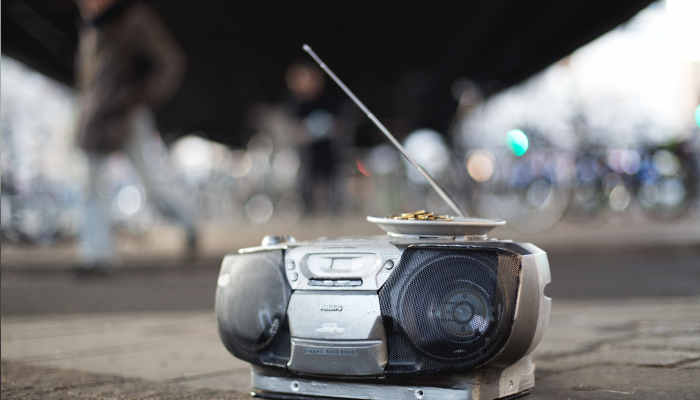 We know poverty is increasing, but ironically this seems to go hand in hand with a growing immunity to specific requests for help from people on the street. We act as if the person isn’t there or we gently shove them aside. We prefer to donate money to a trustworthy organization via online banking than to the first beggar we meet on the street.

The number of people in need has grown, but at the same time these people have become less visible. Driving homeless people out of tourist areas, bans on begging and the development of anti-homeless street furniture are partly to blame. The sense of ​​public space as a mirror of society is disappearing. Our awareness of the economic situation of others now comes from the news, and not from our own experience.

The work, Songs for Thomas Piketty, is named after the French economist who has launched a radical assault on dominant thinking about the distribution of income and capital.  For fifteen weekends Dries Verhoeven placed ‘begging ghetto blasters’ at various locations in Utrecht. Randomly, as if the beggar had to go away for a moment and left her voice behind. And a dish for coins. The ghetto blasters bring homeless people back into public space and ask passersby to define their own relationship to their request for help. Are we living in a time where we have greater empathy for a machine than the human being it represents?

The installations and performances by Dries Verhoeven are theatrical in nature and challenge visitors to reconsider their own world and society from a radically different perspective.