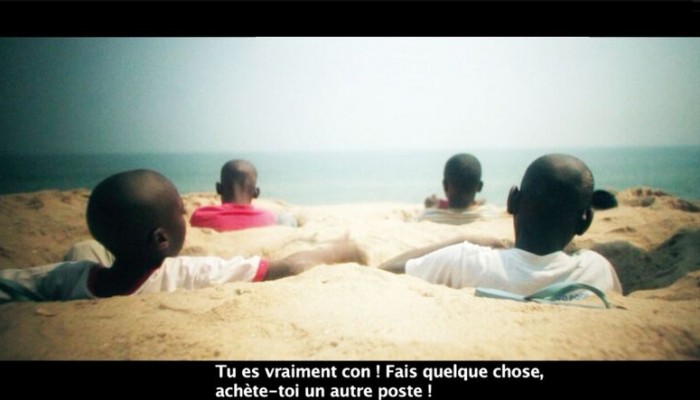 FILTER: FINANCE AND ITS LOGICS

Angola faces major social and political tensions. Many residents live under the poverty line and dream of a future in America or Brazil. In Cambeck Voitures we see four boys imagining themselves touring around the world in a limousine. They transcend reality, if only for a moment. Their conversation about the imagined future is funny and touching, until you realize that it is based on total hopelessness. Also in light of the present refugee crisis, their dialogue is painfully current: the four boys are all determined to trade their impoverished existence for ‘the good life’ in Brazil, in America, in Italy.

Binelde Hycran grew up during the civil war in Angola. He experienced first-hand the impact of political decisions on daily life. Themes in his work are power, inequality, poverty and migration. His tone is often ironic and satirical.