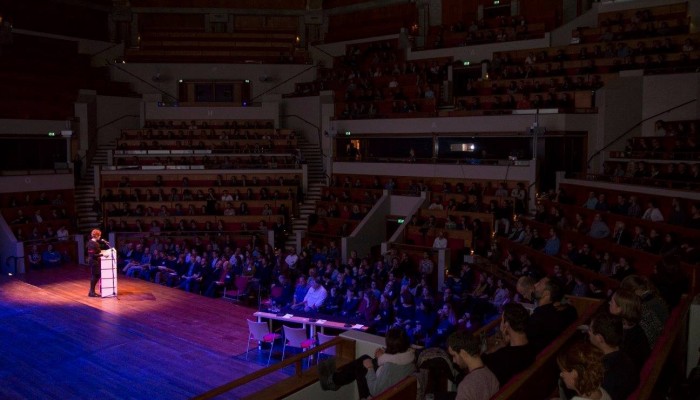 As a prelude to the art manifestation of HACKING HABITAT four Life Hack Marathons took place in 2015, dealing with the urgent themes of invisibility, debt, restriction of movement and bureaucracy. The resulting life hacks are playful ways to sidestep the power of systems. Every theme was introduced by means of a public lecture that provided both insights into the subject and highlighted relevant questions that should be asked. Prior to each Life Hack Marathon, PAPA investigated the subject at relevant organizations and institutions by means of photo walks with groups of concern. The results, a series of photos, were presented during the two-day workshops. The Life Hack Marathons were of a closed character. The participants of the workshops—artists, activists, beneficiaries, and representatives of institutions—were invited based on their specific knowledge about, and involvement with, the theme concerned.

The Life Hack Marathons created a circle of ambassadors that each passed on their knowledge and network to the final manifestation that is HACKING HABITAT. In addition, new, unimagined coalitions emerged between parties that at first sight seemed to share little in common. Different system worlds came together during the Marathons. Finally, life hacks were formulated.

Life hacks are small interventions that can be applied to a given situation in such a way that an everyday system will work to your advantage. Life hacks that people develop together are transformations that give them ownership and space to act within a playing field that is demarcated by systems. A life hack constitutes the consequence of an analysis. Well-known examples of life hackers are the Yes Men: by ‘over-identifying’ with the perpetrators of misdeeds they are able to speak in their name, resulting in painfully accurate admissions. However, any expected solidarity with the victims of these misdeeds, is sometimes hard to realize. Yet, it was exactly this solidarity that turned out to be a central theme in a lot of the life hacks formulated by the participants.

A good example being the establishment of a connection between a department of the tax authorities and the food bank in order to make sure that food—that is officially not allowed in the Netherlands and that would therefore be destroyed—could be distributed by the food bank after all (the products being of excellent quality). Another is the development of the new board game Fort Europa, in which the player gains intimate familiarity with the obstacles of a migrant that travels to and within Europe. In these ways, participants of the Life Hack Marathons often sided with ‘groups of concern’: people who personally experience the indifference of systems.

A life hack is to solve a problem in a smart and unconventional manner. We already do this in everyday life: a clothespin as a temporary solution to pin your pant leg, or an app to manage your spending habits. But life hacking can also be used on a broader scale. In order to get a better grip on several pressing issues in society, Hacking Habitat will organize four Life Hack lectures in 2015.